Vienna - the city of music

Vienna, also known as ‘The City of Music’, is considered the world’s capital of music as well as the European capital of classical music. This comes as no surprise when you realise that famous classical composers such as Wolfgang Amadeus Mozart, Joseph Haydn, Ludwig van Beethoven, Johannes Brahms, Johann Strauss II all lived in Vienna at some point, while Franz Schubert was even born in Vienna. The city is also the place of birth of the famous waltz, altogether making Vienna a city perfect for classical music lovers. Today, concerts of classical music are held periodically and visitors can enjoy the beautiful works of the famous composers at various venues, including the city’s phillarmonic, Schonbrunn or Hofburg palaces, the latter being renouned for the Christmas concert held there.

That is not to say that those who enjoy contemporary music can’t find something to their liking, as Vienna is a popular tour stop for famous contemporary artists who you can see for example at the Stadthalle, the city’s concert arena.

For those who enjoy the opera, Vienna is also acclaimed for its State Opera with its exceptional accoustics and where there is a performance on 300 days of the year. There is also the Theater an der Wien, considered the ”the other” opera venue, whereas Vienna Chamber Opera hosts rare operas and The Volksoper is the place to see classic operas in German, musicals or opperetas. 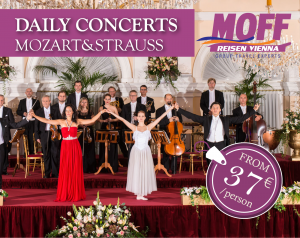 If you wish to travel in time by going to one of the famous palace concerts or attend an exquisite opera, we can provide you with tickets at advantageous rates, which we can then also deliver to the hotel you are staying at. 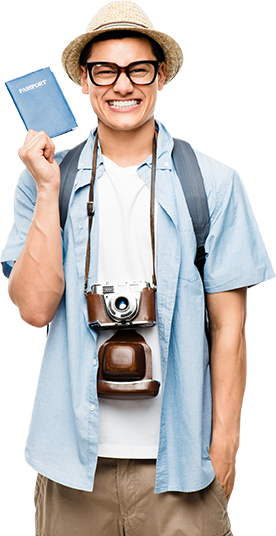 We use cookiesin order to offer you the best experience on our website. To find out more or to enable/disable those cookies please acces settings section.

This website uses cookies so that we can provide you with the best user experience possible. Cookie information is stored in your browser and performs functions such as recognising you when you return to our website and helping our team to understand which sections of the website you find most interesting and useful.

Strictly Necessary Cookie should be enabled at all times so that we can save your preferences for cookie settings.

If you choose to deactivate these cookies we won't be able to save your preferences. That means that you will need to accept or reject these settings every-time you visit our website.

This website uses Google Analytics to collect anonymous information such as the number of visitors to the site, and the most popular pages.

Please activate first necessary cookies in order to save your settings.